This is totally random for this blog, but it’s my blog and I’m feeling like eating a cheeseburger right now, so I’m going to post this video.  Think of it as… art for your tastebuds.

Earlier in the month, we visited Revok’s latest Los Angeles exhibition, in which he showed off a new series of paintings titled Instrument Exercises that utilized a mechanical jig that allowed the artist to use 8 spray cans in parallel. That was the first that I have seen anyone use that technique, so I figured Revok was the sole proprietor of such a machine. The Internets has proven me wrong once again. 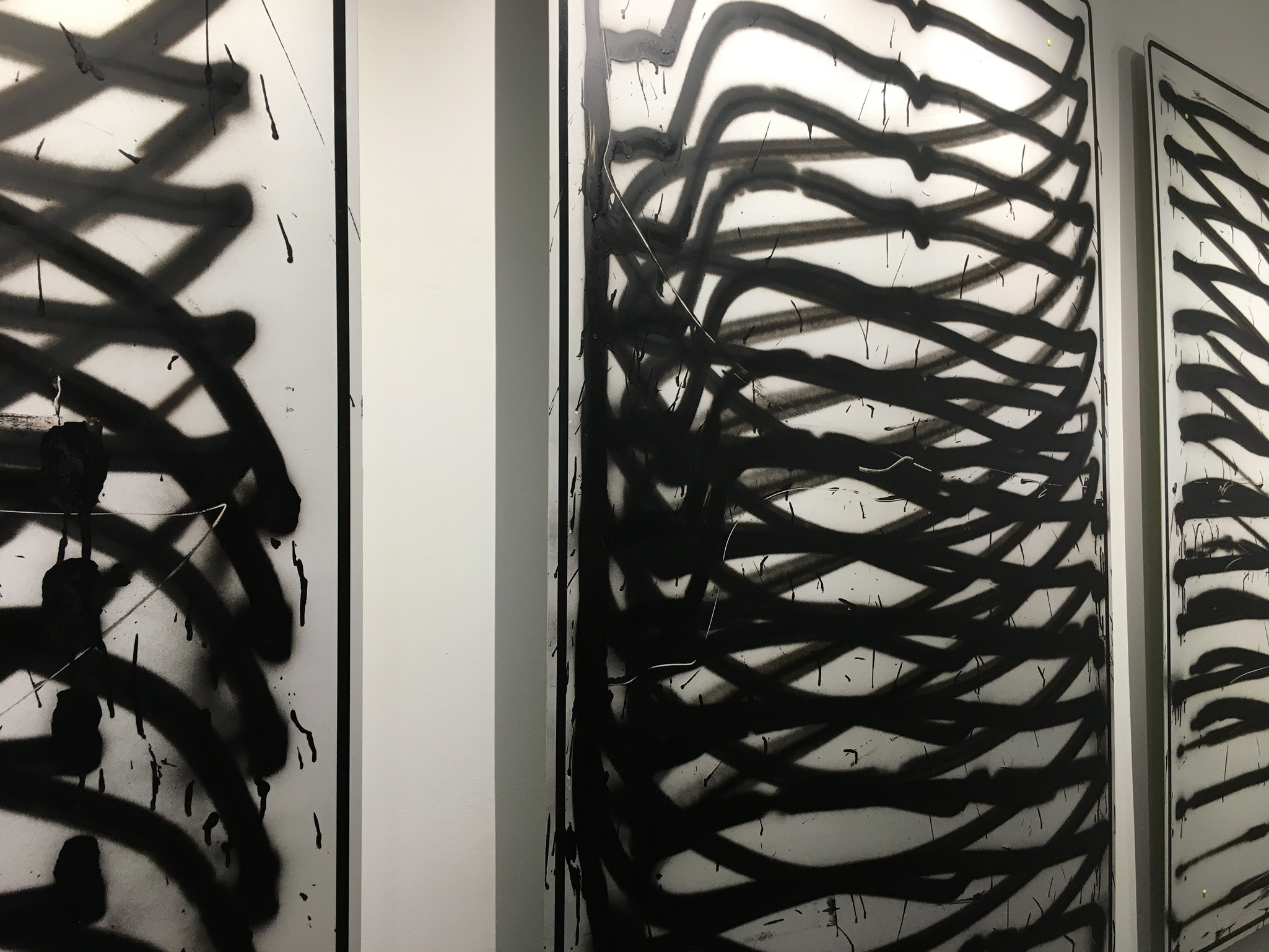 In the above video, Job Wouters and Roel Wouters show off a similar machine that they call the Rainbow Gun. In a demonstration of the tool, the duo spray the numbers 1234567 in a script font using the number of spray cans that correspond with the specific numeral. Coolest part? This video precedes Revok’s new series by 7 years. Another cool part?  In the description of the video, the Wouters pay respects to Daniel Tagno, a graffiti artist that also independently invented a similar tool in 2008 for the street.

How this convergence in groups of people arriving at the same novel tool accomplishes such divergent styles is kind of mind boggling.

Bonus – Here’s a picture of the Wouters’ Rainbow Gun:

When A Tribe Called Quest dropped their freshman album People’s Instinctive Travels and the Paths of Rhythm in 1990, I was just a little over a month old. I wouldn’t hear the album until my freshman year in college around 2009-10. Despite the album being two decades old, tracks like I Left My Wallet in El Segundo and Can I Kick It? still sounded so very much relevant sonically, especially when, in the early 2000s, rappers like Kanye West (the old Kanye) and Lupe Fiasco were using jazzy flows in their beat production in the same vein as ATCQ. Low End Theory is a classic and Midnight Marauders still marauds my ears (If anyone has leads on original pressings of the vinyls for these albums, hit me up!).

A couple weeks ago, the group (Q-Tip, Jarobi White, and Ali Shaheed Muhammad) dropped their final project titled We Got It from Here… Thank You 4 Your Service. I know they had a falling out over the years, and with Phife Dawg’s passing earlier this year, the news came as a pleasant surprise. But I was skeptical and afraid, that the sound would not live up to the A Tribe that I know and loved. I’m happy to report they haven’t skipped a beat.

Each member has matured in life since their first track release, and so has their music. Through Native Tongues and Zulu Nation, ATCQ was political since the early days, but with the track We the People from the new album, they leave no room for interpretation on where they stand in the current political climate. The message couldn’t have come at a more appropriate time. Give the video a play and you’ll see what I mean.

This is how the New School becomes the Old School, and the new New School takes over. 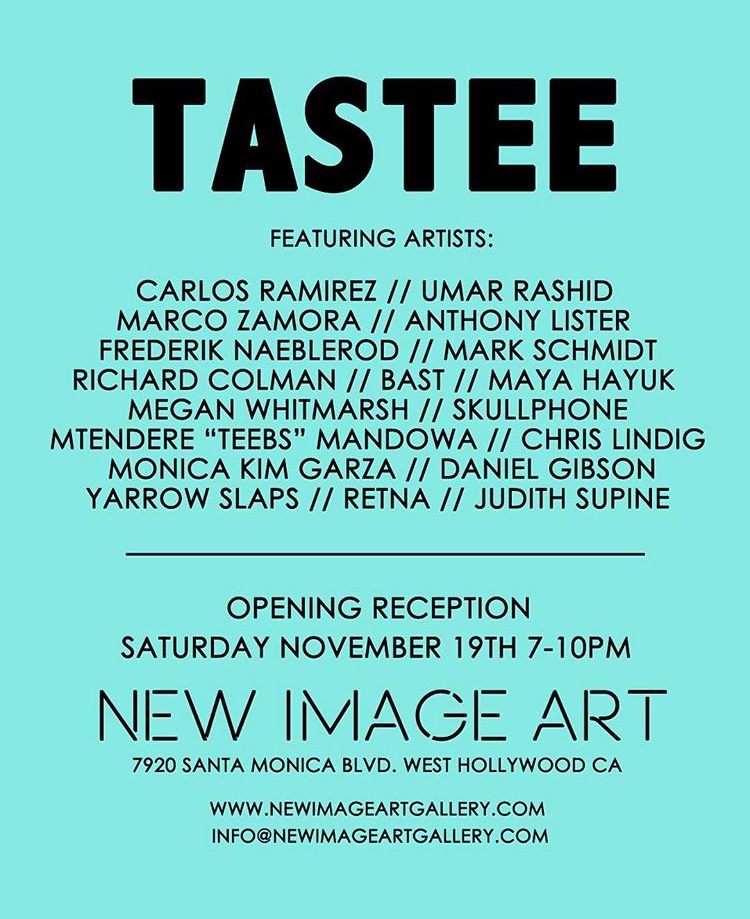 New Image Art in West Hollywood opened another great show this past Saturday with a cast of artists from their stable ranging from emerging to establishment, and everyone else in between.

The piece that stole show was, by far, the towering and dazzling Retna (@ironeyeretna) below. For those of you interested in acquiring a work of this size from the street-artist-turned-super-star, be ready to plunk down six figures.

If a solo show from a particular artist captures the state of mind of the artist over the course of execution of the artworks, then a well curated group show can capture the zeitgeist of the present through a diverse set of voices.

Below are a selection of works that caught my attention at the show.  If you are in the area, head over to the gallery to see the rest in person.  Tell’em BDAB sent ya. 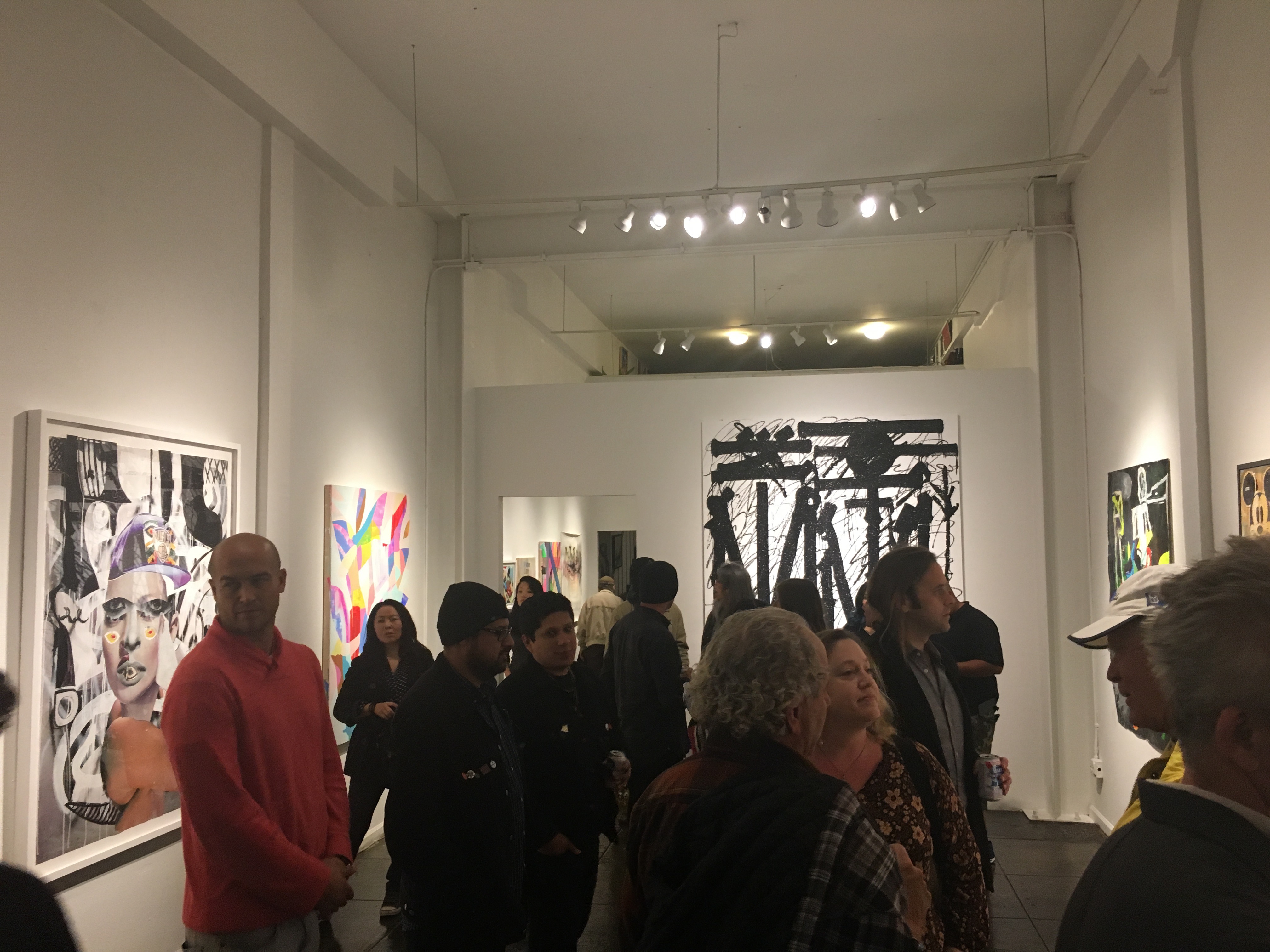 I never thought about this, but hunting for street art through Google Maps Street View should totally be a thing.  While clicking through Echo Park streets in Street View, this Low Bros (@low_bros) wall popped out.  Looks like it’s a mural completed last summer to coincide with their solo show at Thinkspace Gallery.   This random encounter facilitated by the Internets is probably the next best thing to serendipitously walking into it in person.  I should get outside more, especially since the weather is so nice today…

The blog got a shoutout from Low Bros themselves!  I guess someone on their team read the blog.  Pretty cool.