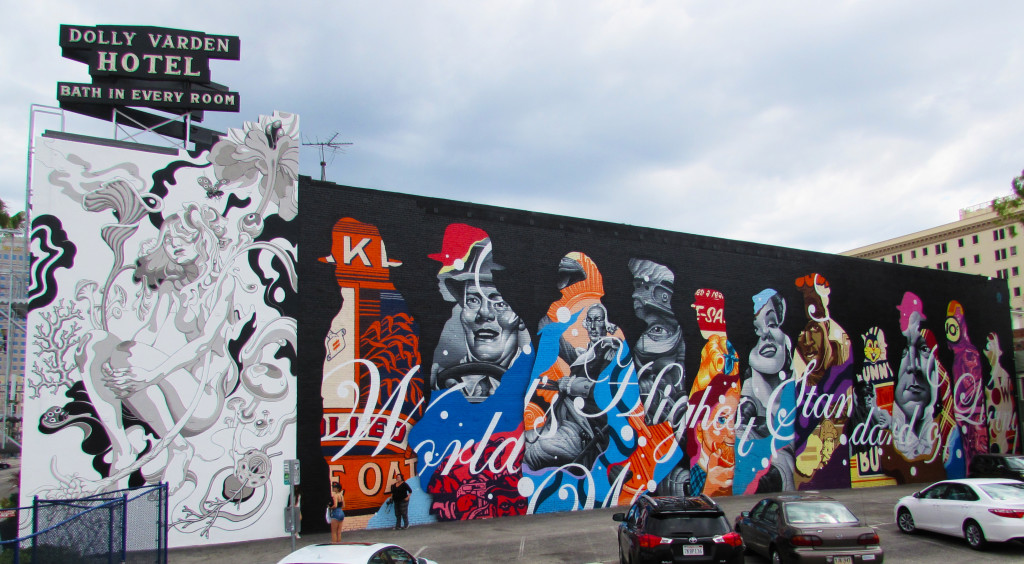 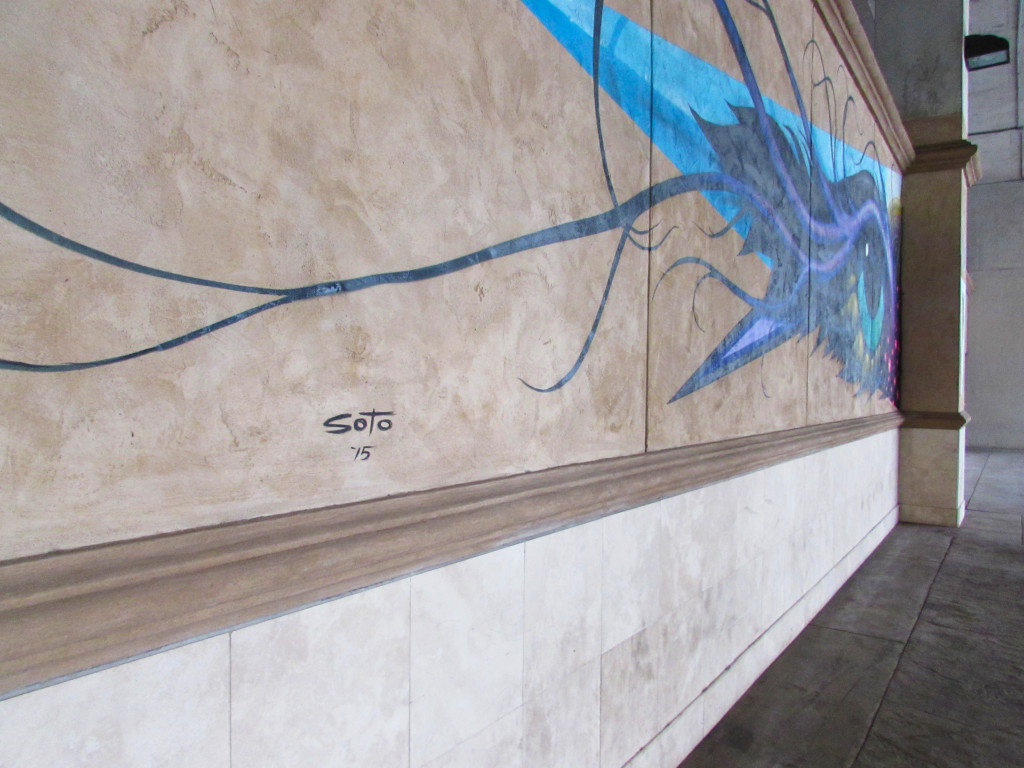 Pow! Wow! has been doing great work in this respect for the past few years, invading entire cities with tens to hundreds of artists, musicians, and other creatives to transform cities into something more pleasant to look at.  While on my trek across Long Beach in search of the walls you see below, I ran into 20-something-year-old hipsters with iPhones in their hands to an octogenarian couple with a paper map looking for the same walls as me.  To quote the elderly couple, “It’s better than having graffiti covered walls around here”.  That’s what they might say now, but as they become more familiar with street art, with help from organization such as Pow! Wow!, I hope they will learn to see art in even mindless graffiti tags.

Here is a Google map view of the murals that are scattered all over Long Beach city.  Most are centered around the Downtown area so it is very possible to complete the tour on a bike or even on a leisurely afternoon stroll with your Labrador.  The only odd one is Push’s mural which is closer to Lakewood and is not in the best neighborhood.

Let’s start with hands-down the best two murals of the bunch.  James Jean (@jamesjeanart)’s “Dolly Varden” is the black and white piece on the left and Tristan Eaton (@tristaneaton)’s “The American Way” on the right.  In terms of scale alone this set of walls stood out among the rest.  However, I think it is the stark contrast in colors between the two that makes it so memorable.

This next pairing of walls also stands out, but for another reason.  Almost a decade ago I wrote an essay in high school English class about how “street art” was the most democratic expression of art because it allows for intentional, but mostly unintentional, collaboration between vastly different artists that amplifies the original intents of the “writers” and “painters”.  Well, this collaboration between Low Bros (@low_bros) and Jeff Soto (@jeffsotoart) embodies that idea.

The location of the next one made me chuckle.  It is in the middle of a residential area, and Cryptik (@cryptk) painted over the face of an apartment building.  As I was taking pictures a couple of residents passed by me as they entered the building and looked at me with eyes that seemed to say “Go away, you pest”.  It didn’t help that a car full of hipsters arrived at that moment only to start taking an unhealthy number of selfies.

We still have walls from Push, Jeff McMillan, Fafi, Benjie Escobar, Madsteez and Hueman to come in Part Dos of this post.