Downstairs on the 1st floor of the Broad is a recent body of work by the Superflat movement leader Takashi Murakami (@takashipom).  There are other works on the first floor, but it is largely dominated by the works of Murakami.  The common motif in these works is the catastrophic 2011 earthquake and tsunami off the Pacific coast of Tohoku in Japan.  The emotions and devastations felt as the aftermath of the disaster overtook the livelihood of the Japanese people served as an artistic inspiration for Murakami. 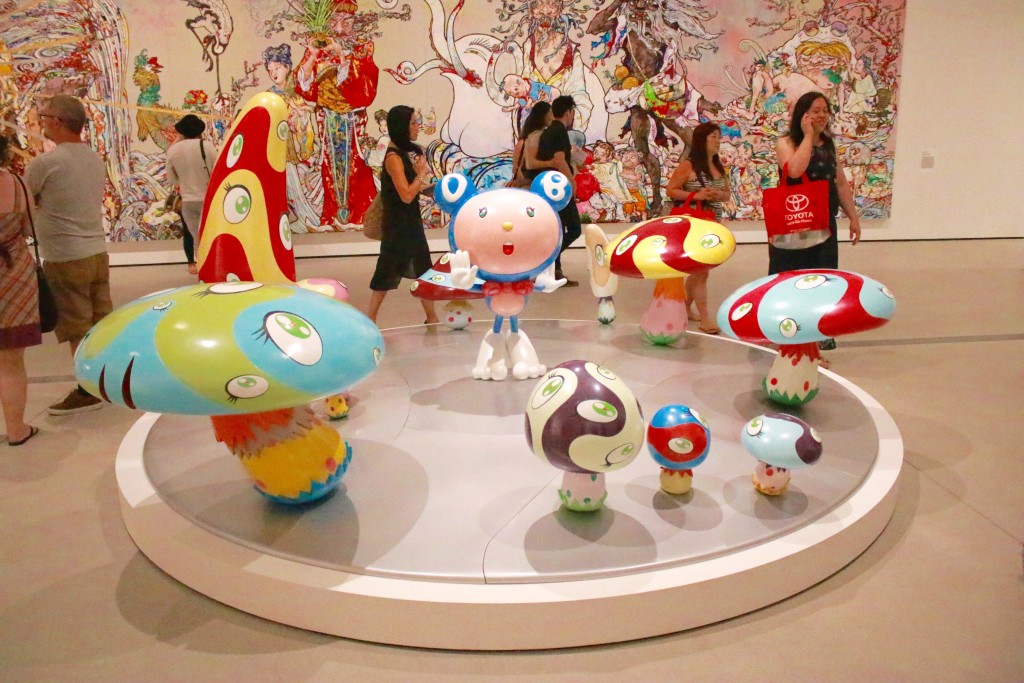 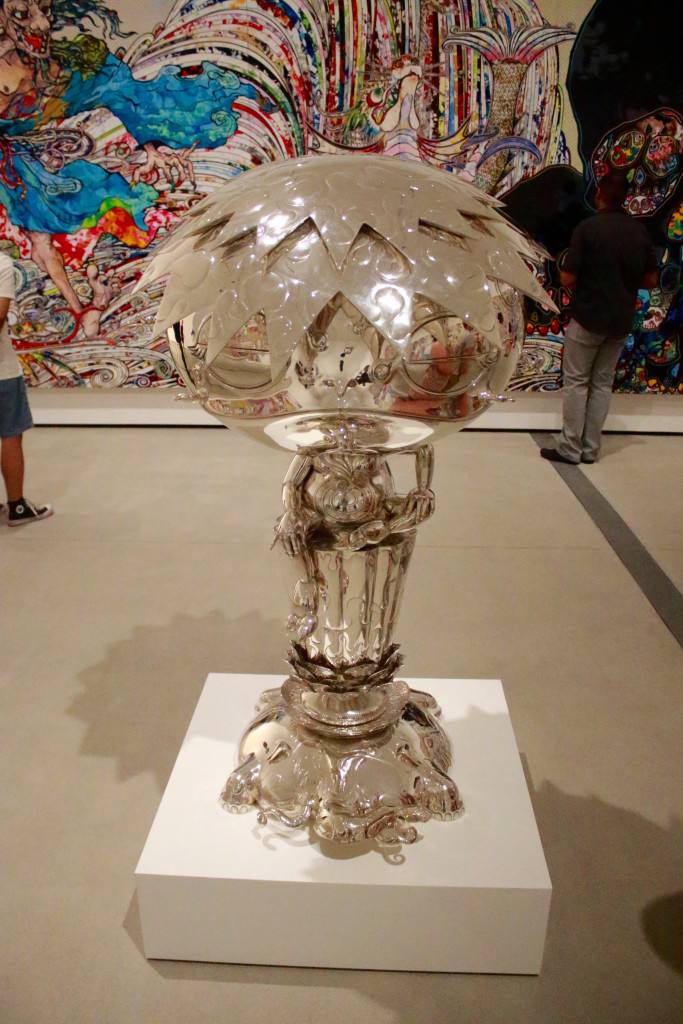 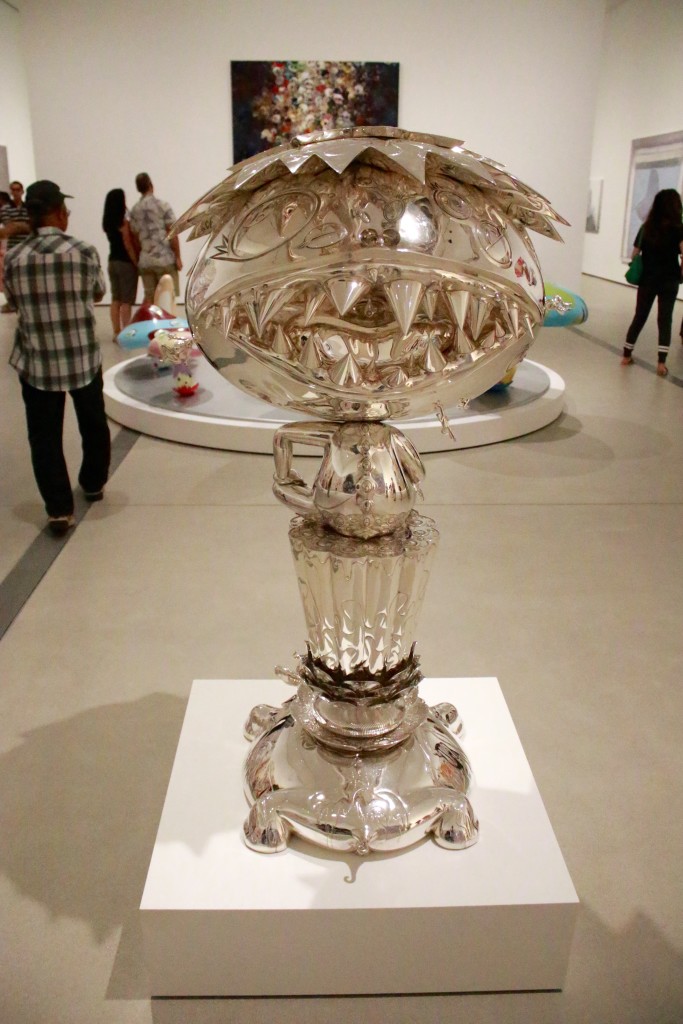 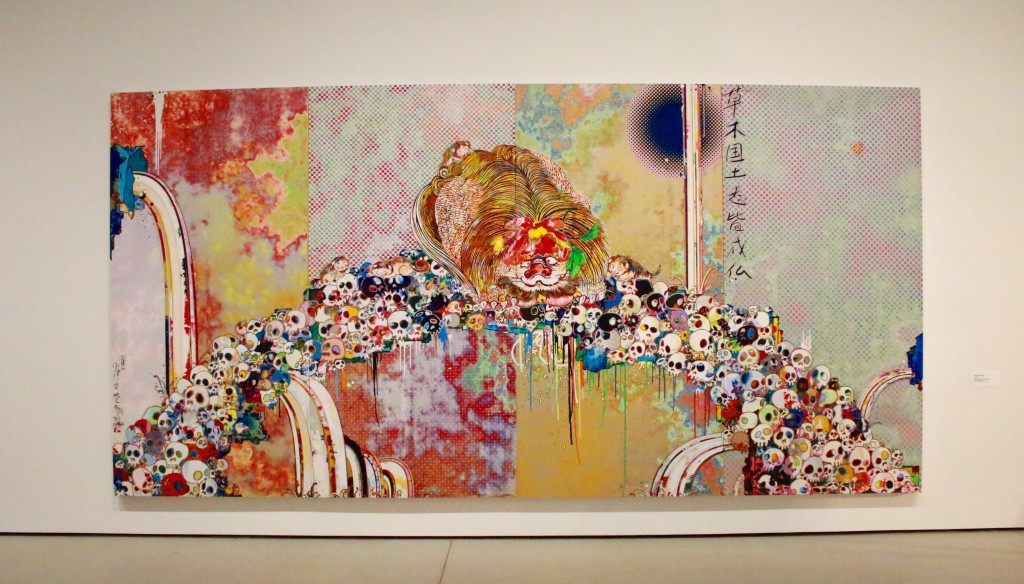 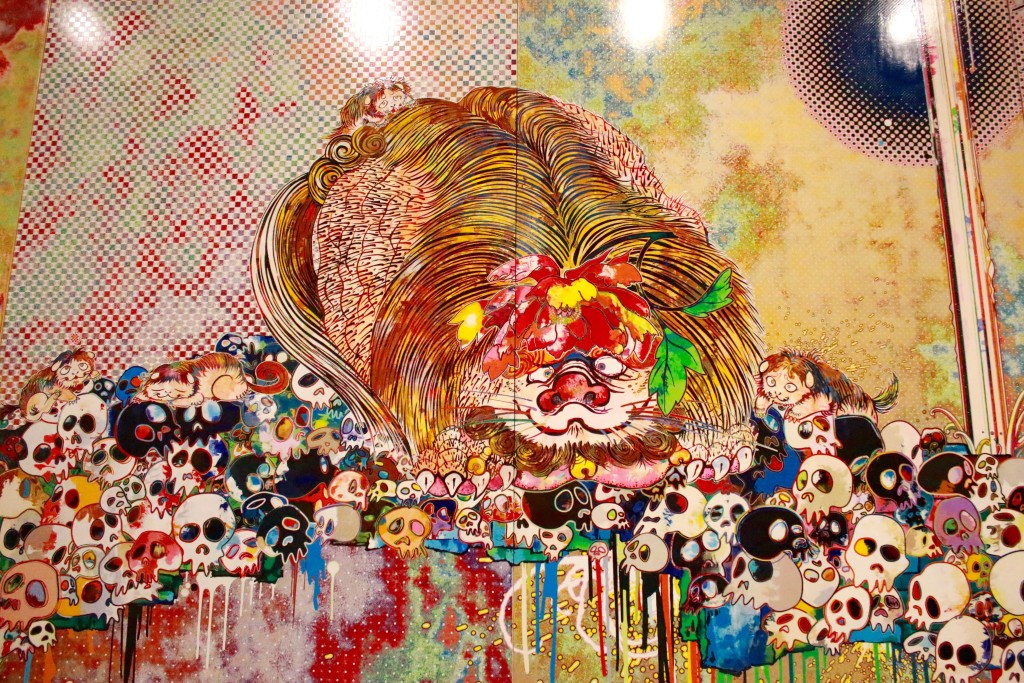 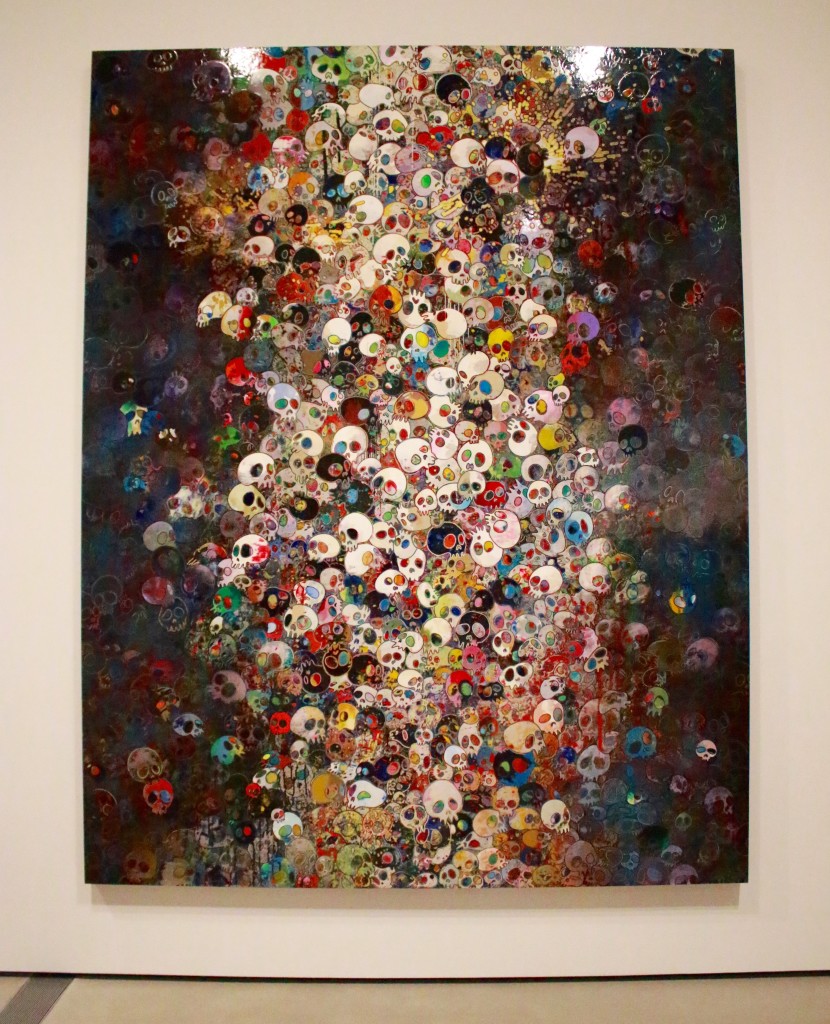 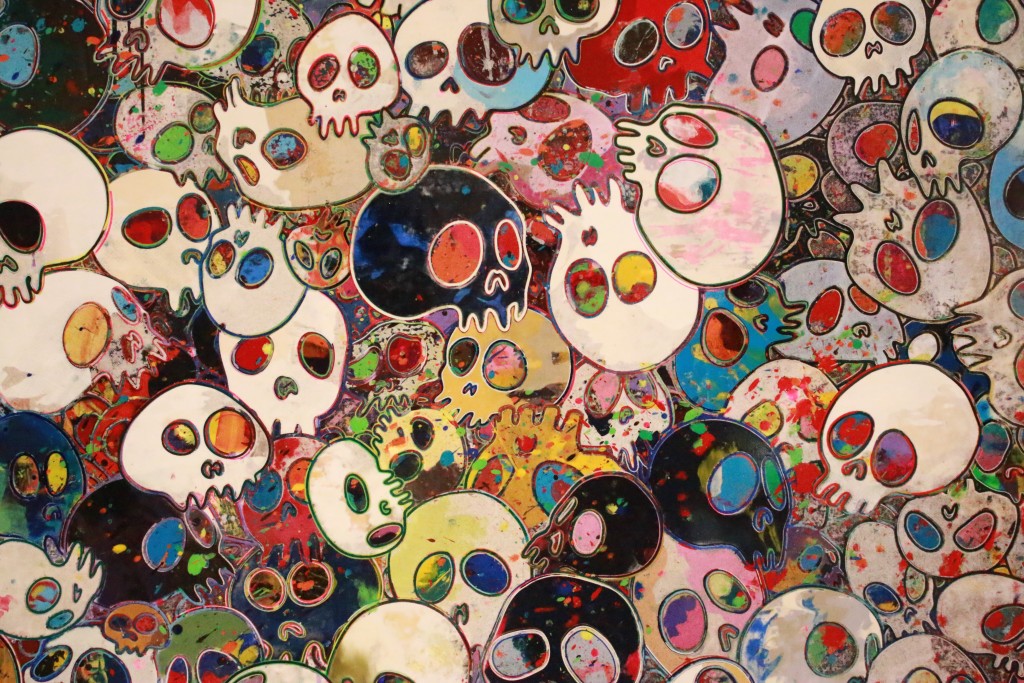 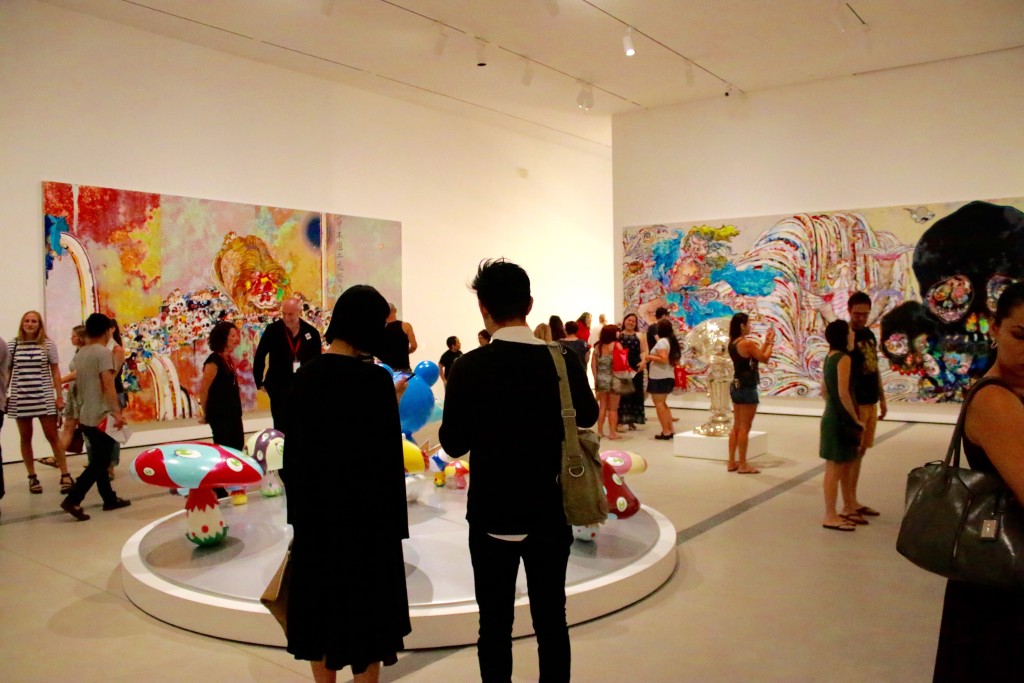 A 82 ft long and 10 ft tall masterwork completed in 2014 by the artist took up two full walls of the large hall.  It told a beautiful story of a mischievous sea god that caused numerous deaths and the survivors that braved through the storm on the sea finally meet prosperity and peace.  However, the prosperity and peace lead to greed and gluttony that foretells another disaster soon to come.  I tried to capture that story in the set of pictures after the break: 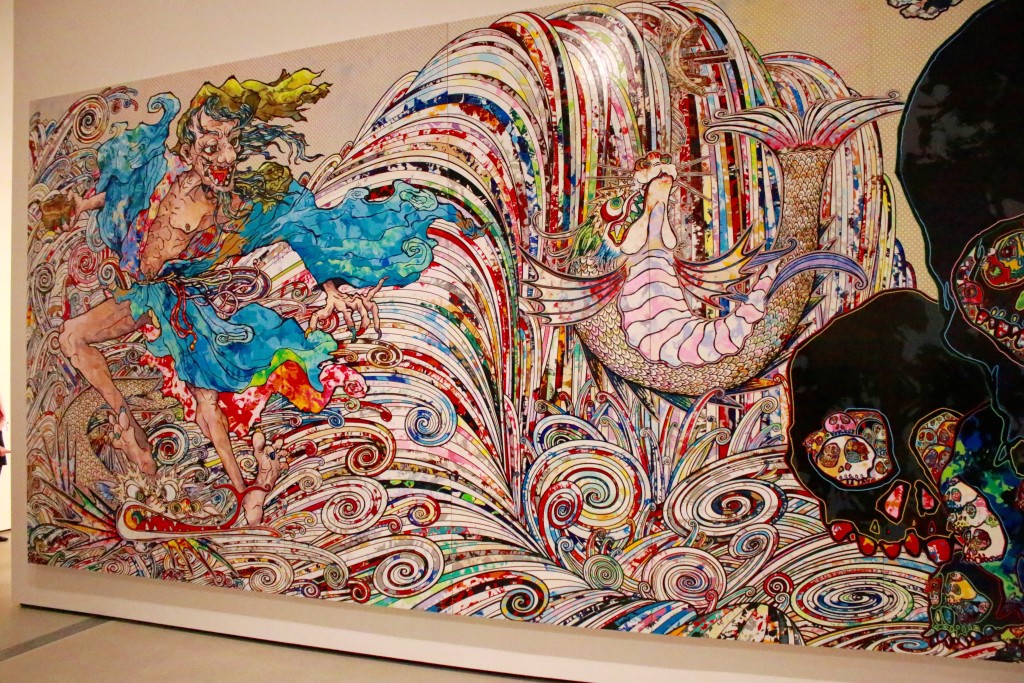 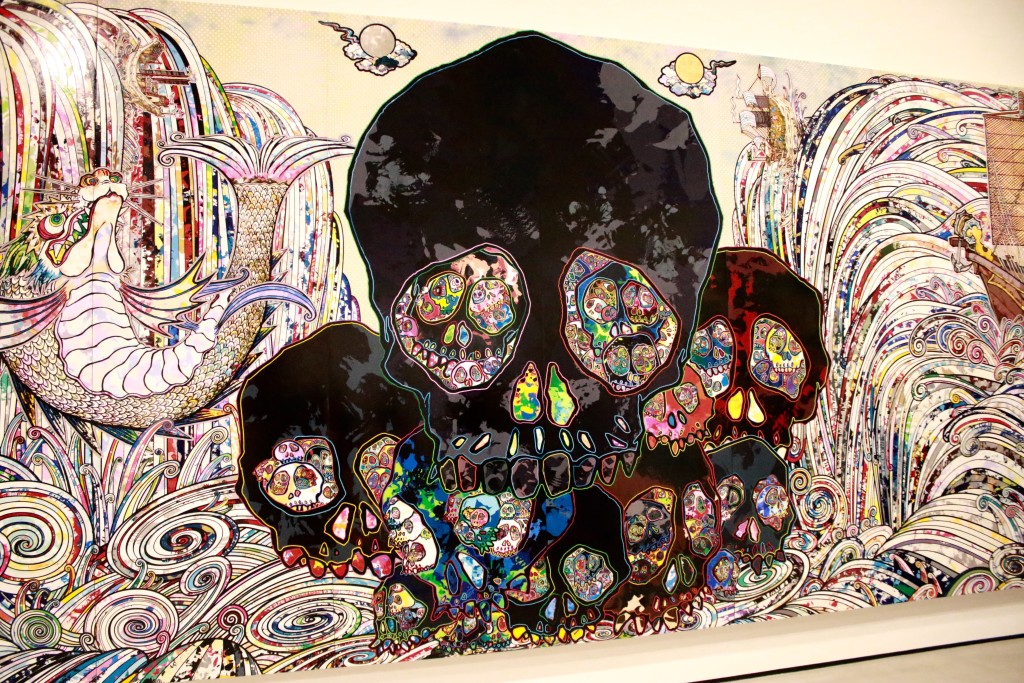 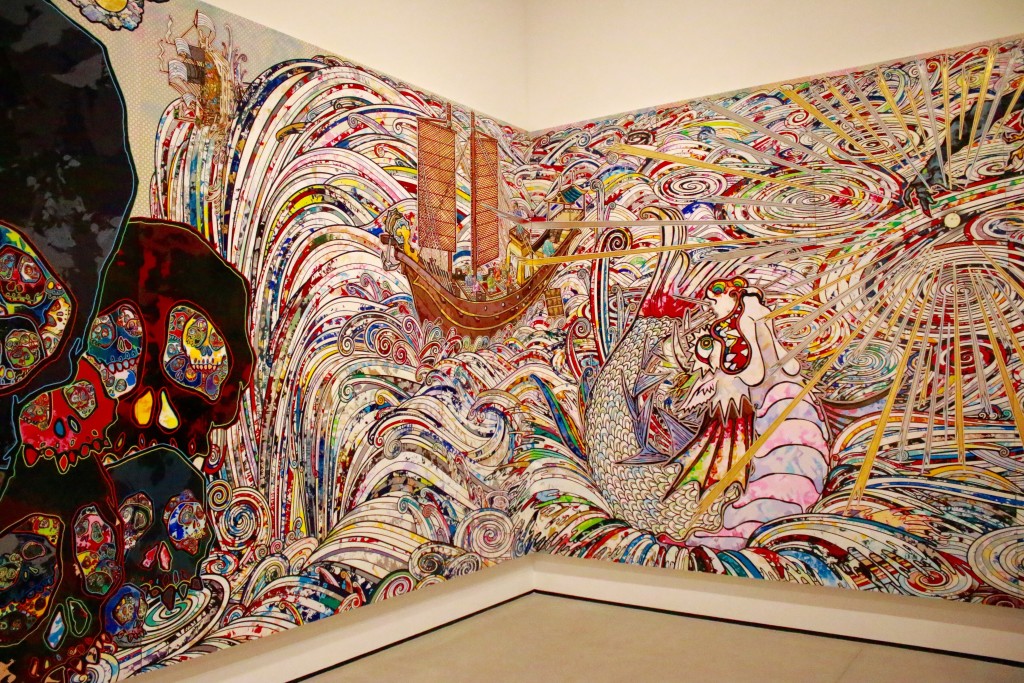 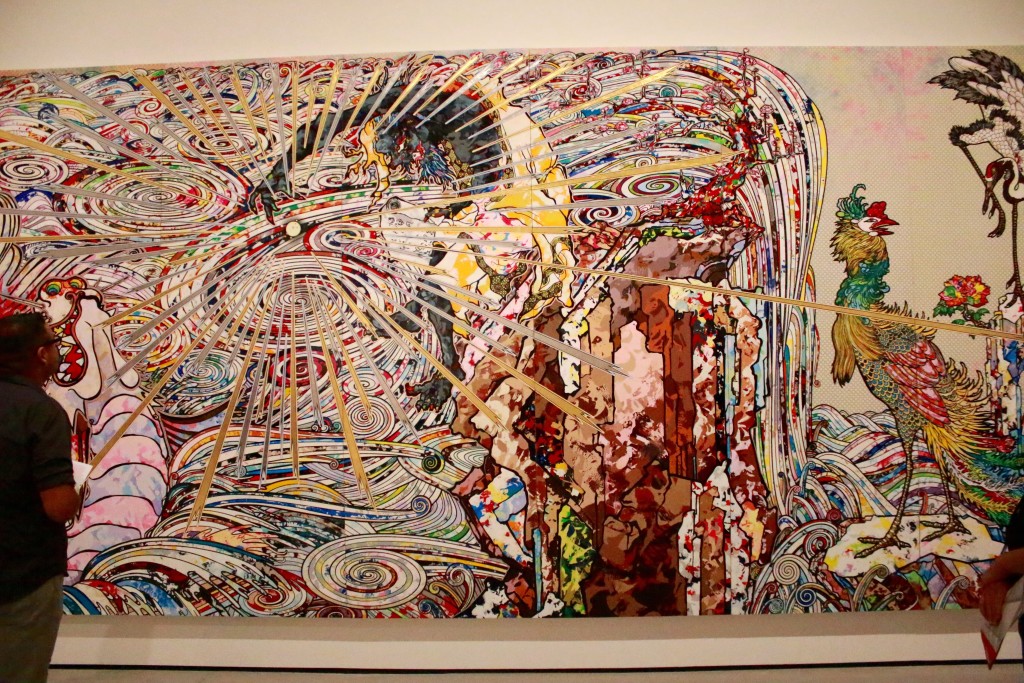 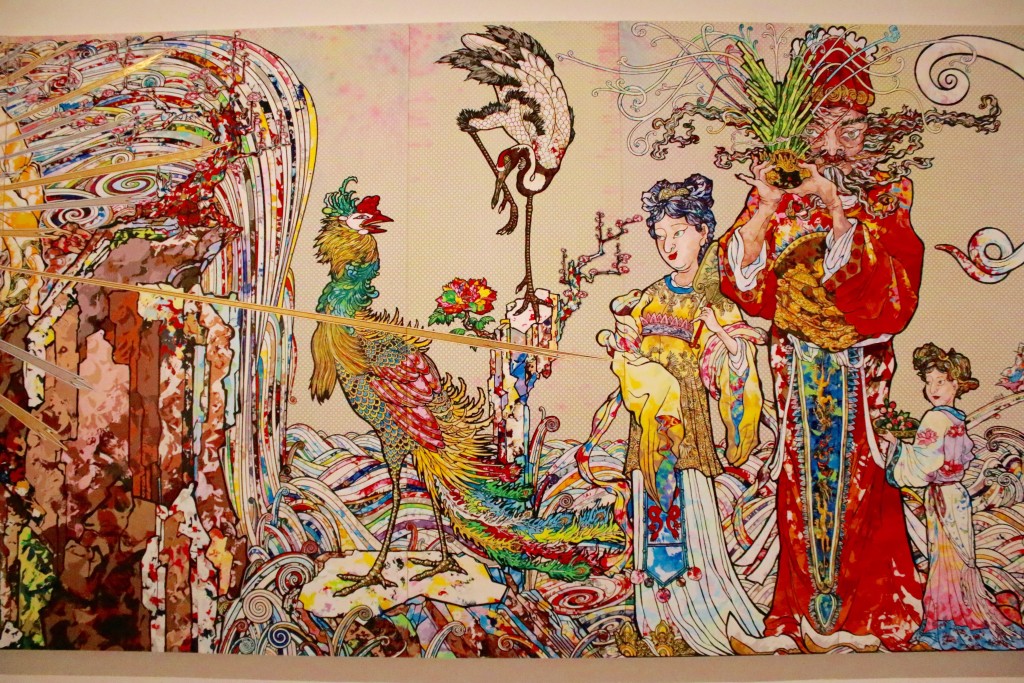 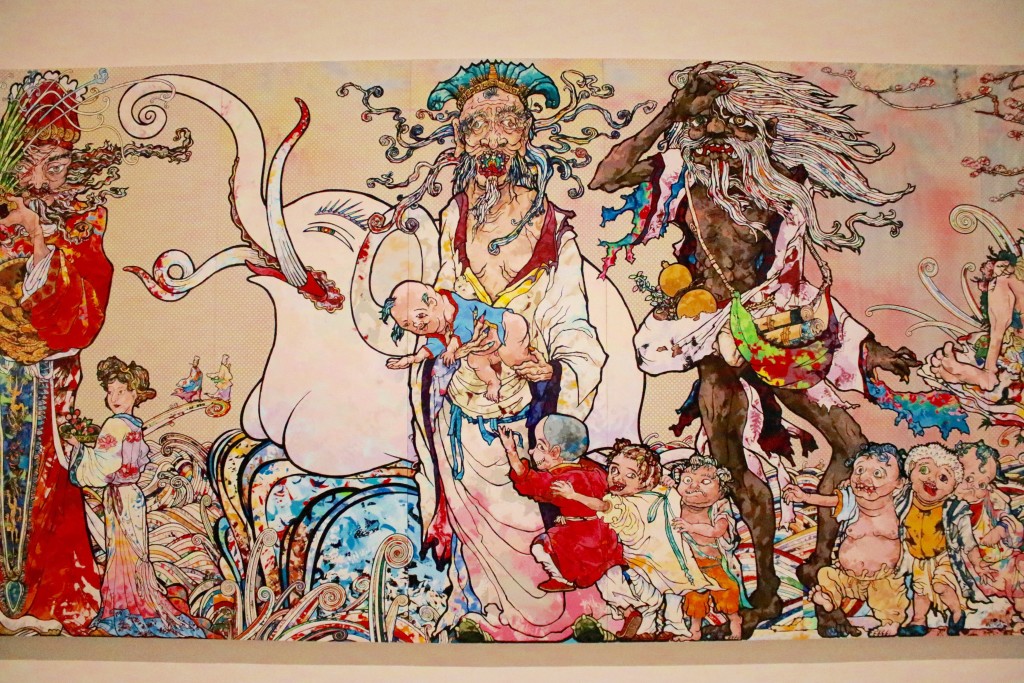 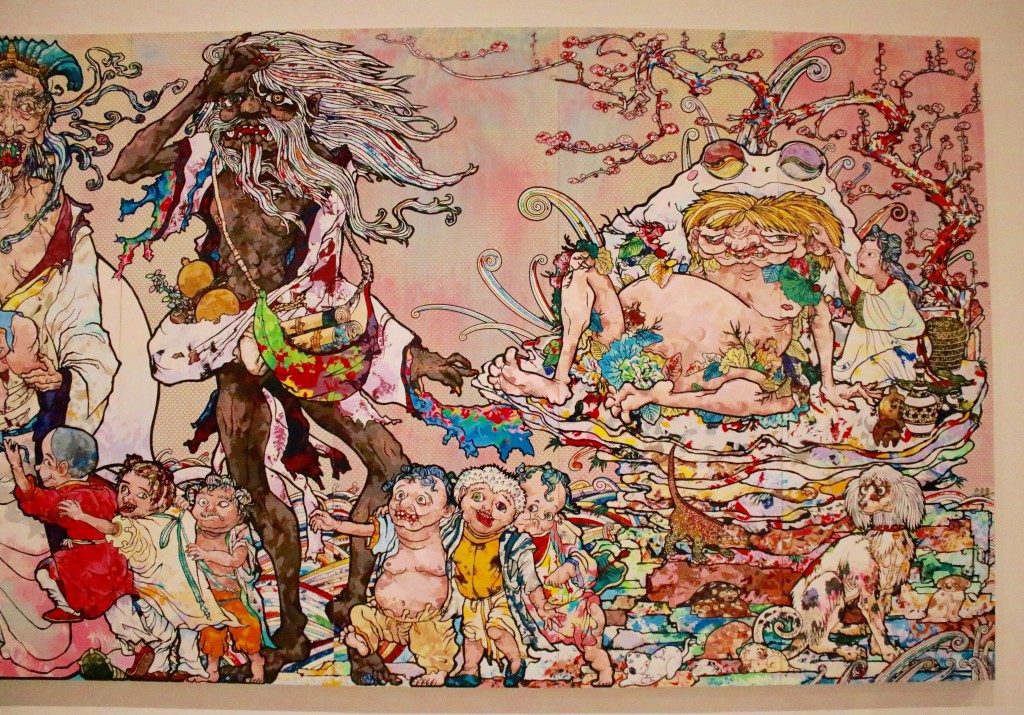 Here’s a bonus picture of an Ed Ruscha canvas piece on the 1st floor: 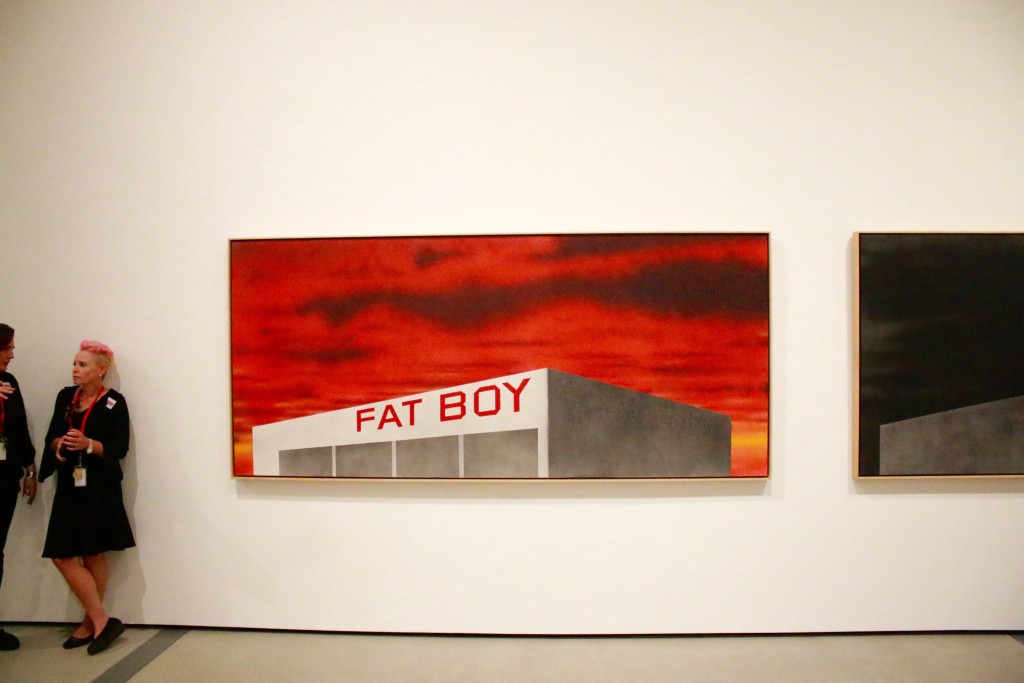