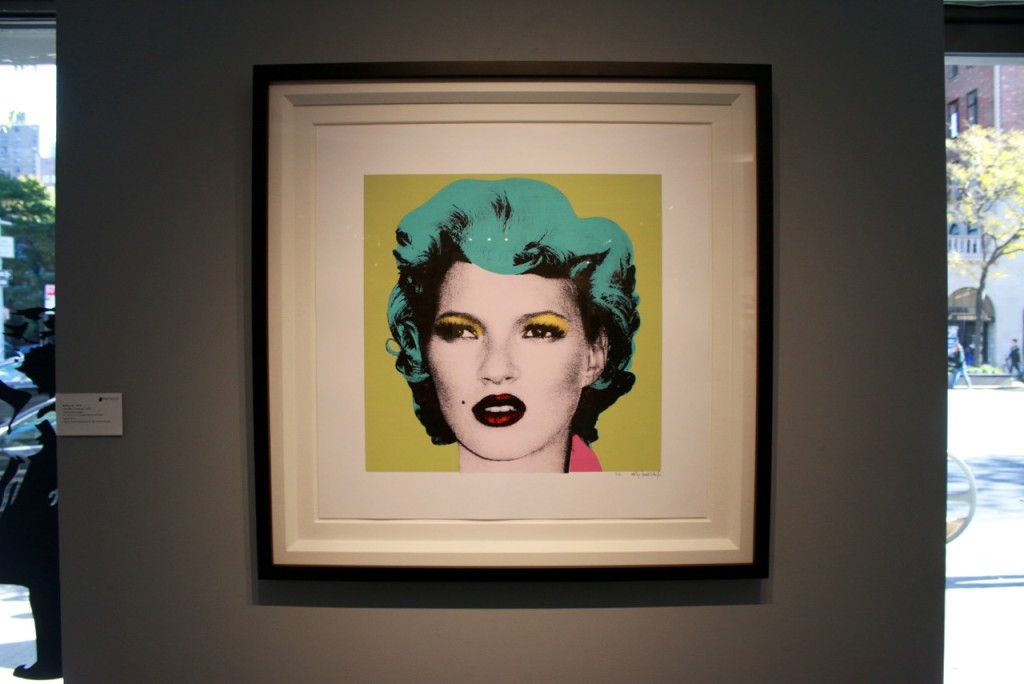 Better In than Out, an obvious parody of Banksy’s outdoor New York City residency titled Better Out than In that took place around the city of New York back in October, 2013, is not a show that is in any way affiliated with the notorious street artist Banksy.  Let me reiterate that.

Banksy did not provide the artwork for this show, he did not create any new work for the purpose of showing it at Taglialatella Gallery, nor did he ever set foot in the gallery.  This is a gallery that specializes in the secondary market, meaning they take on consignments or buy artworks from private collections to sell at a huge markup.  Banksy has never done a show of this nature nor will he ever do so.  The recent “bemusement park” Dismaland, a totally off-the-wall art-show-cum-performance-art, that he created in Weston-super-Mare would bemoan to death a show like this.

But for those that have not had a chance to see Banksy’s work in person, such as myself, this is a fun little gallery to visit in Chelsea, if you ever visit NYC, like myself.  Most of the works on display were print editions that Banksy’s released in the last 10+ years, but there were also original works.  I’m not entirely certain of their authenticity, although the name cards mentioned being authenticated by Pest Control.  No, Pest Control isn’t an extermination company.  That’s Banksy’s institution for authenticating prints, originals, or any other artwork (except for street works, which is to deter people from stealing works from the street) that may have been created by Banksy.  However, there is an easy way to find out if a Bansky street art you find on the street is real:  Visit Banksy’s website because he will update his site with pictures of any new street piece.  These days you should never buy any Banksy artwork without having a certificate of authenticity from Pest Control.  But I digress.

Click through to find the pictures from the show.  I purposely did not take a picture of a Banksy piece that was stolen from the street that they had displayed center stage in the gallery.  No need to encourage behavior like that.  Enjoy. 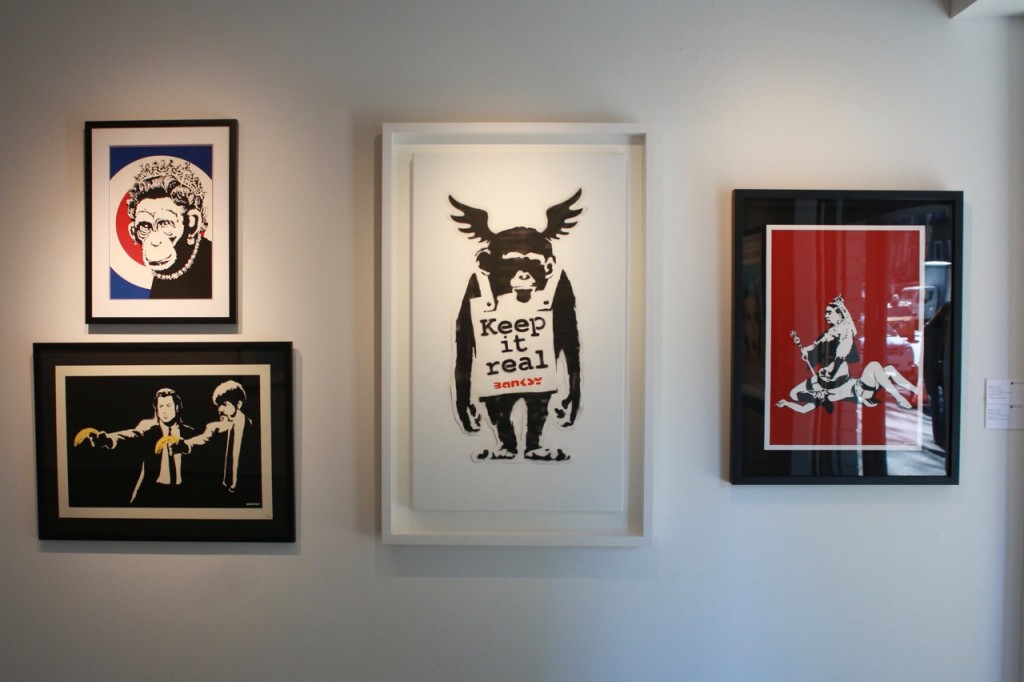 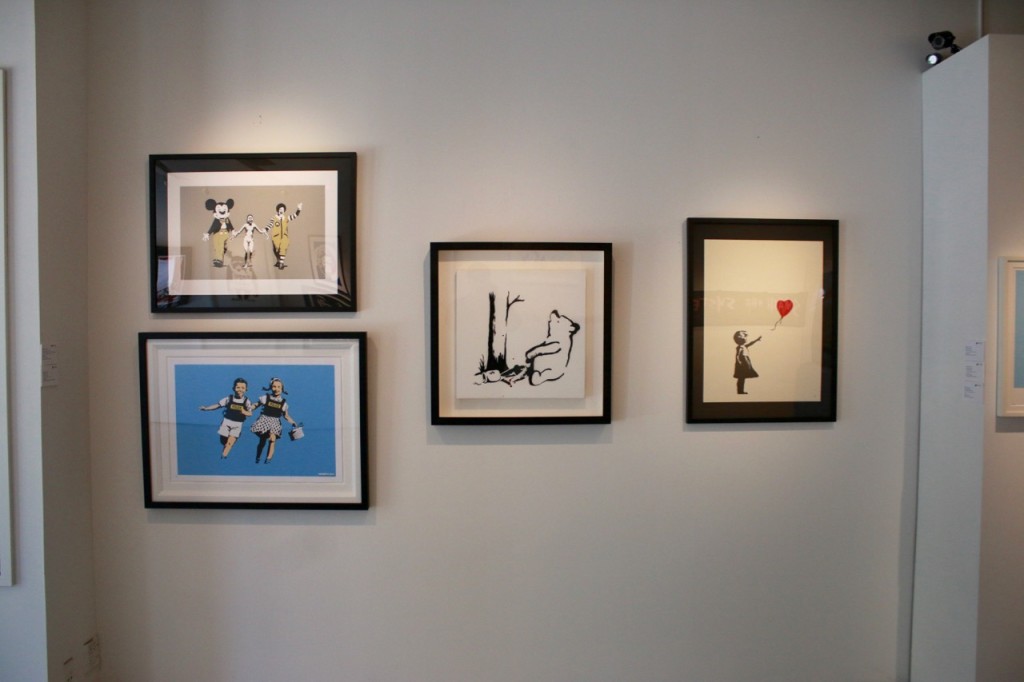 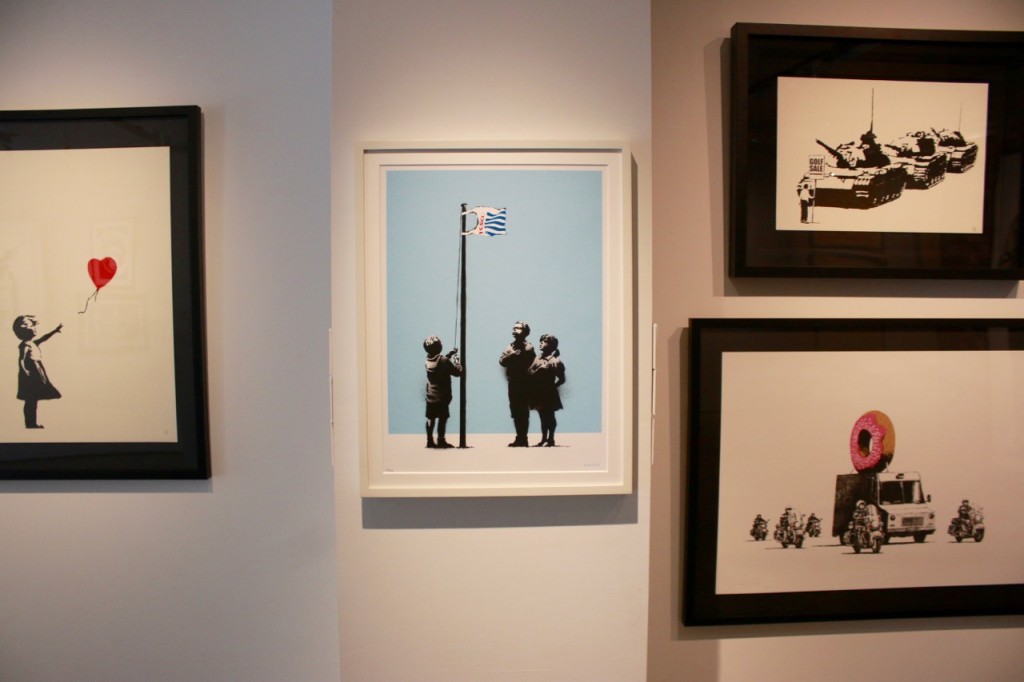 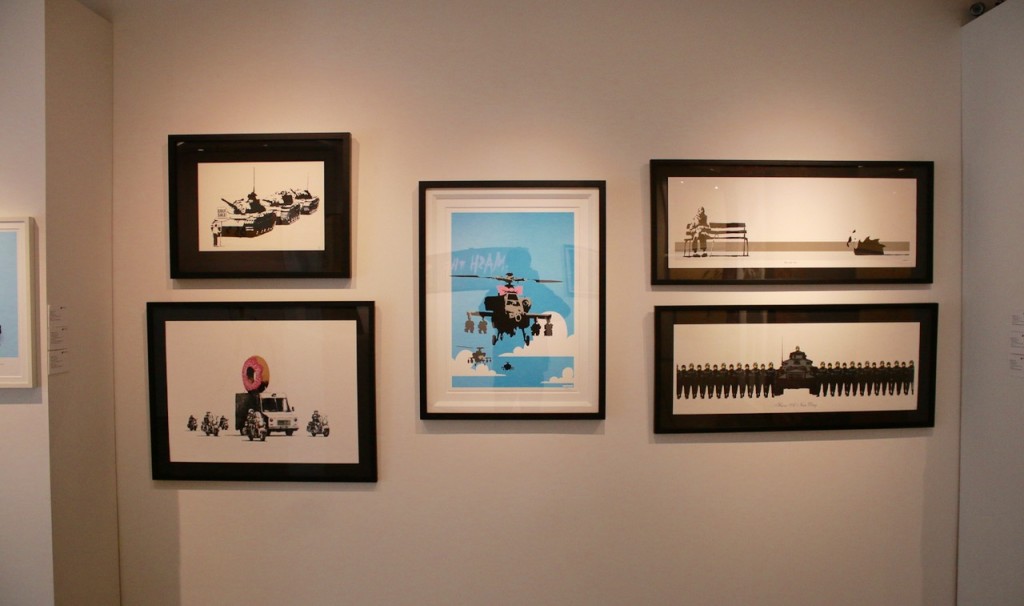 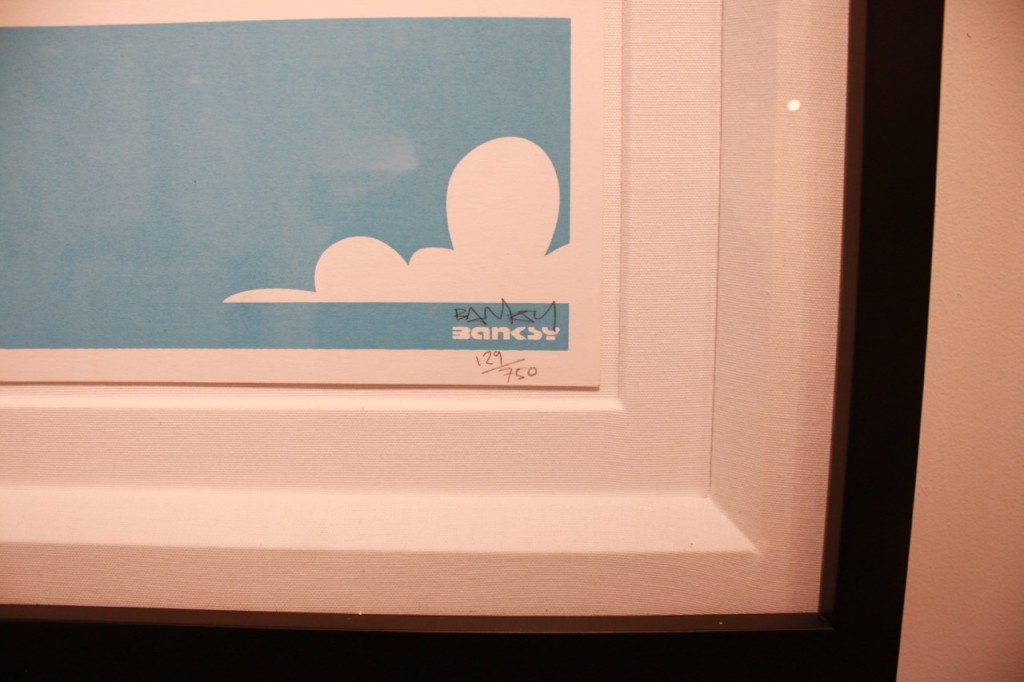 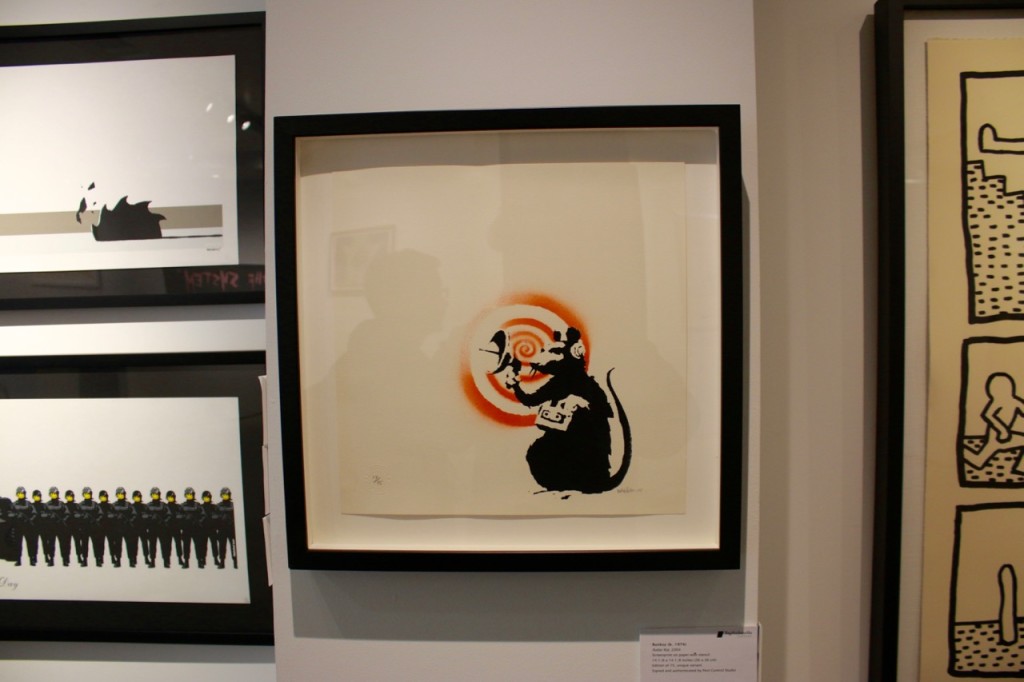 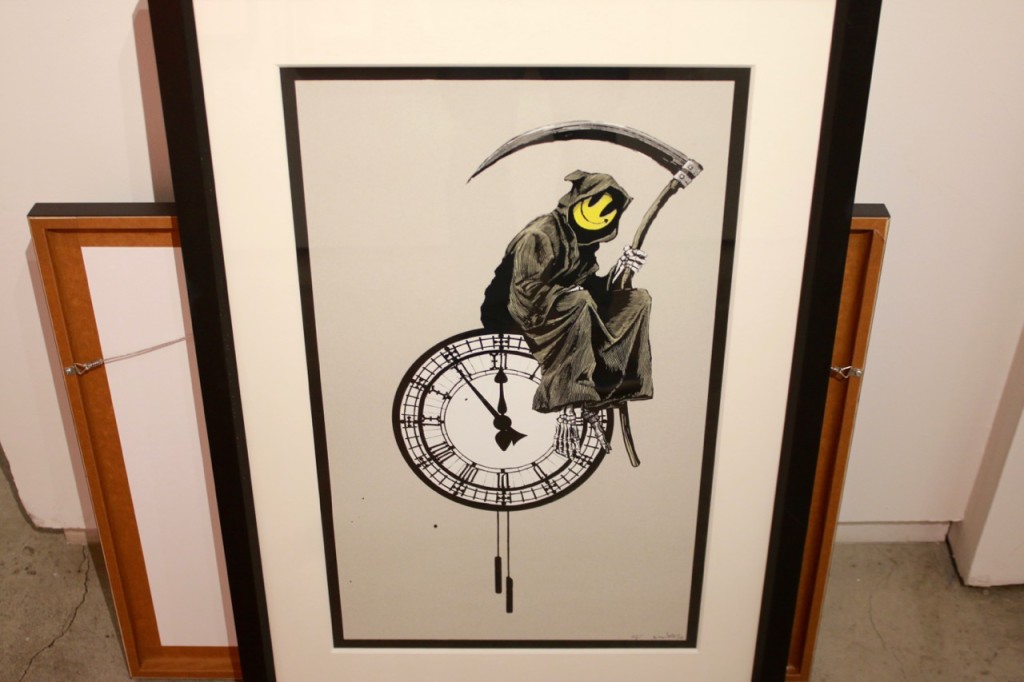 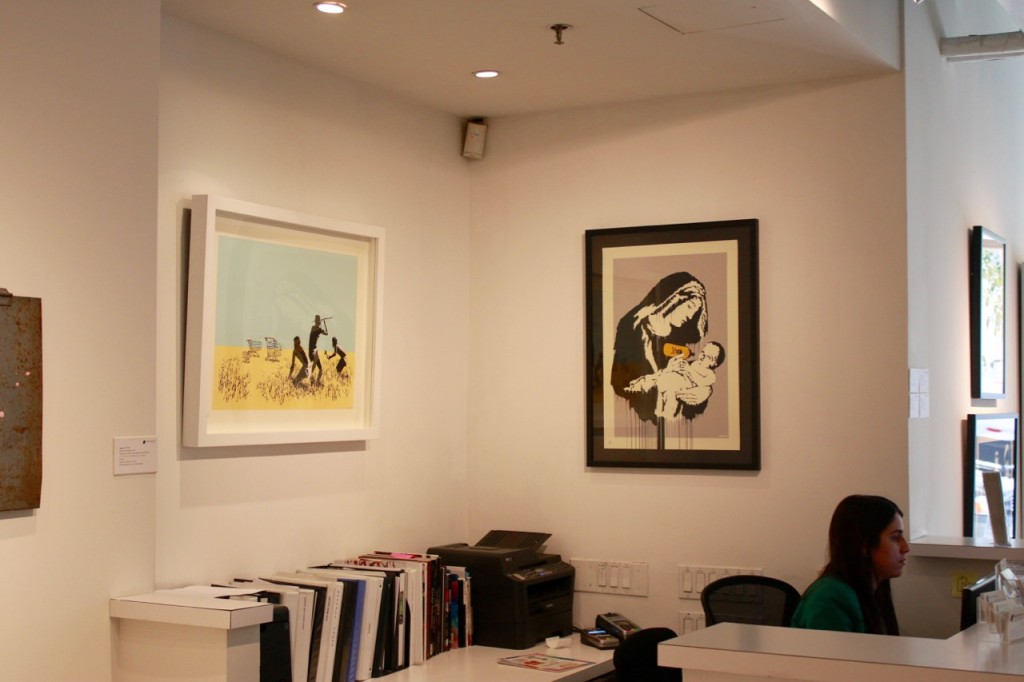 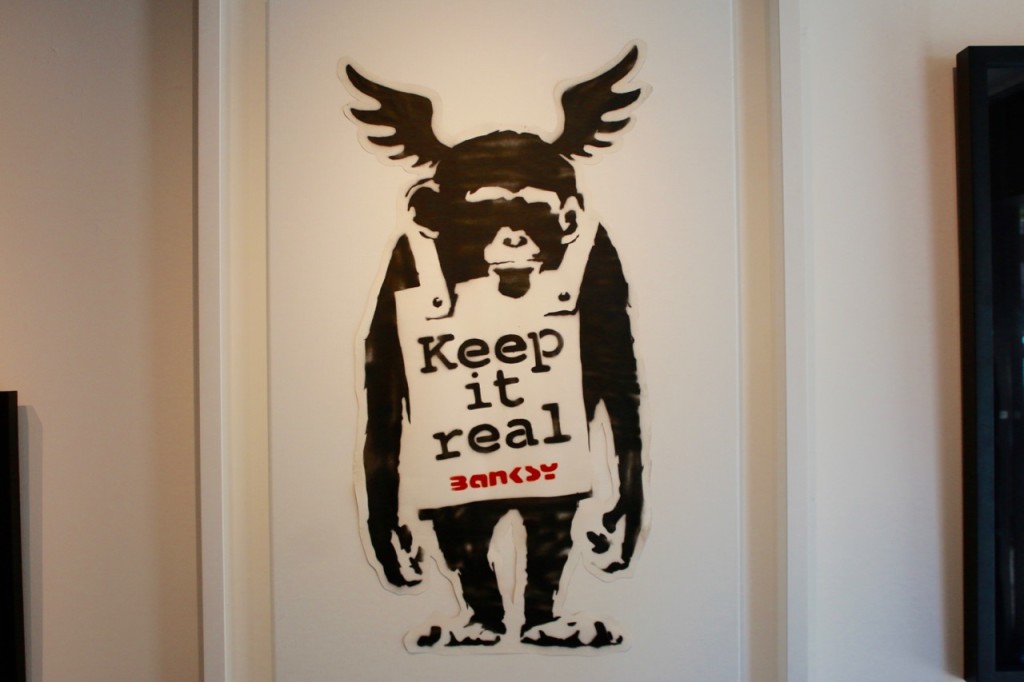 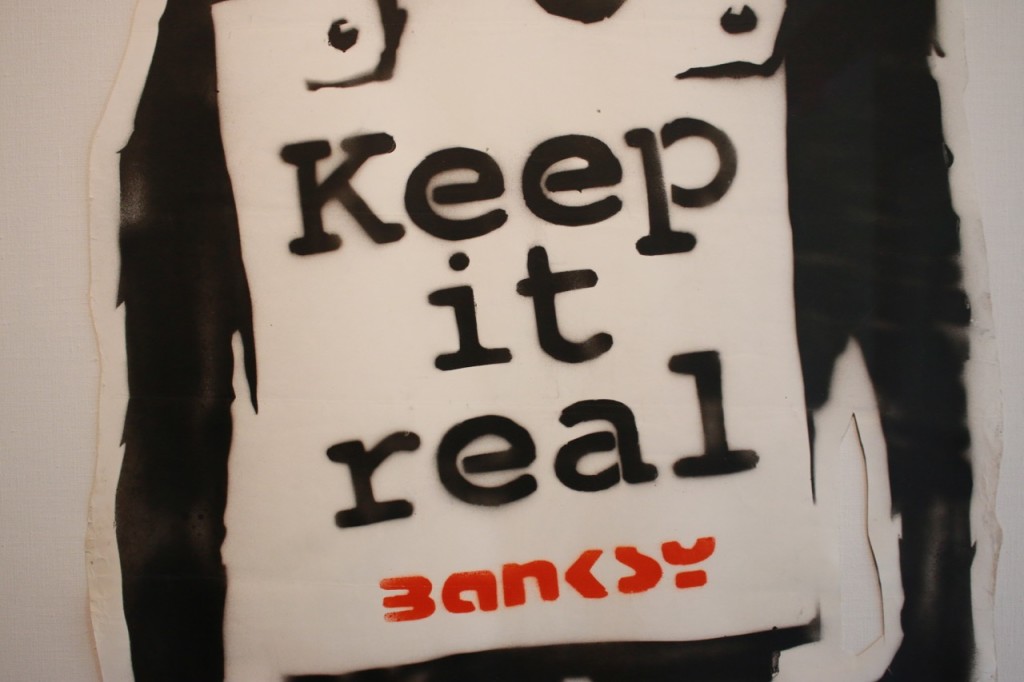