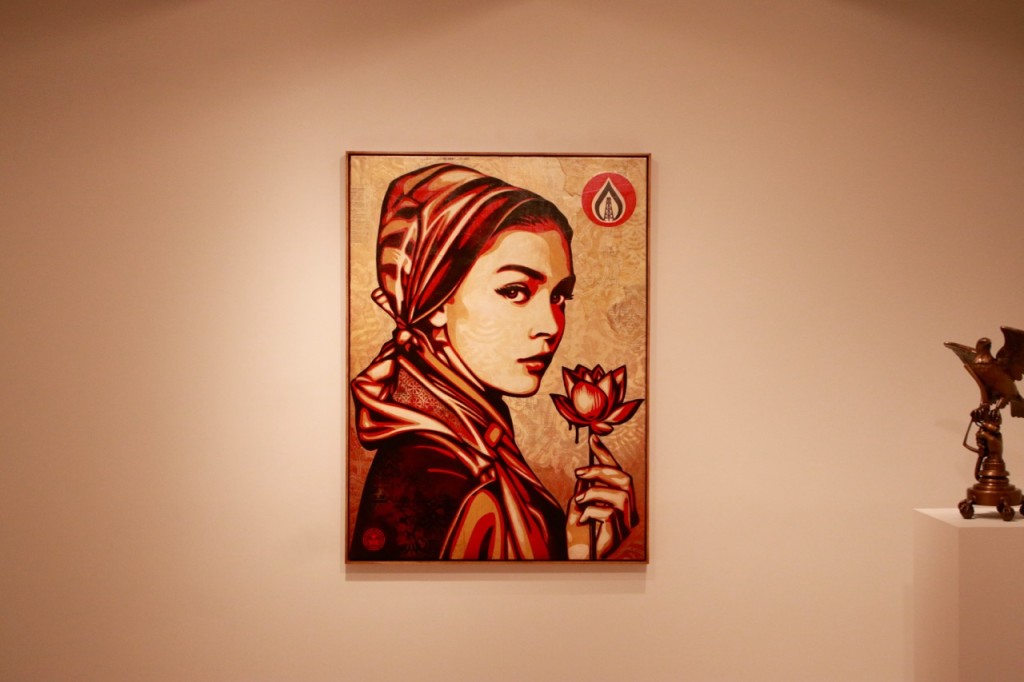 “On Our Hands” is the latest solo exhibition of new paintings of various media and sculptures from Shepard Fairey (@obeygiant), and the first solo exhibition the artist has had in New York City since his “May Day” show as the swan song exhibition of Jeffrey Deitch’s Deitch Projects in May, 2010.  The new show came to a close on October 24th, but for those who could not attend, here are some words and photos from the show.

Fairey’s art has always leaned political in subject and bluntly direct in nature so as there not to be any ambiguity of the message that he intends to deliver, and “On Our Hands” was no different.  This new body of work from the artist tackles many topics that has been generating headlines on mainstream media, such as environmental atrophy caused by oil and gas industries, police brutality, campaign finance reform, and global feminism.  The title of the show suggests that it is our responsibility, that the power lies in our hands, to solve these greater problems of the world.

Fairey has always put his money where his mouth is and shouldered the responsibility of focusing the lens on these problems through his public murals, exhibitions, charitable works, and creating recognizable works that reach a critical mass where we can actually start to make a difference.  Although this new body of work is not conceptually profound (I admit though there is no other stencil artist in the world that is doing it with such finesse.  I mean, look at how he incorporates pieces of retired stencil into his painting  to create a 3 dimensional aspect.), in the context of his body of work outside the gallery space it makes complete sense. 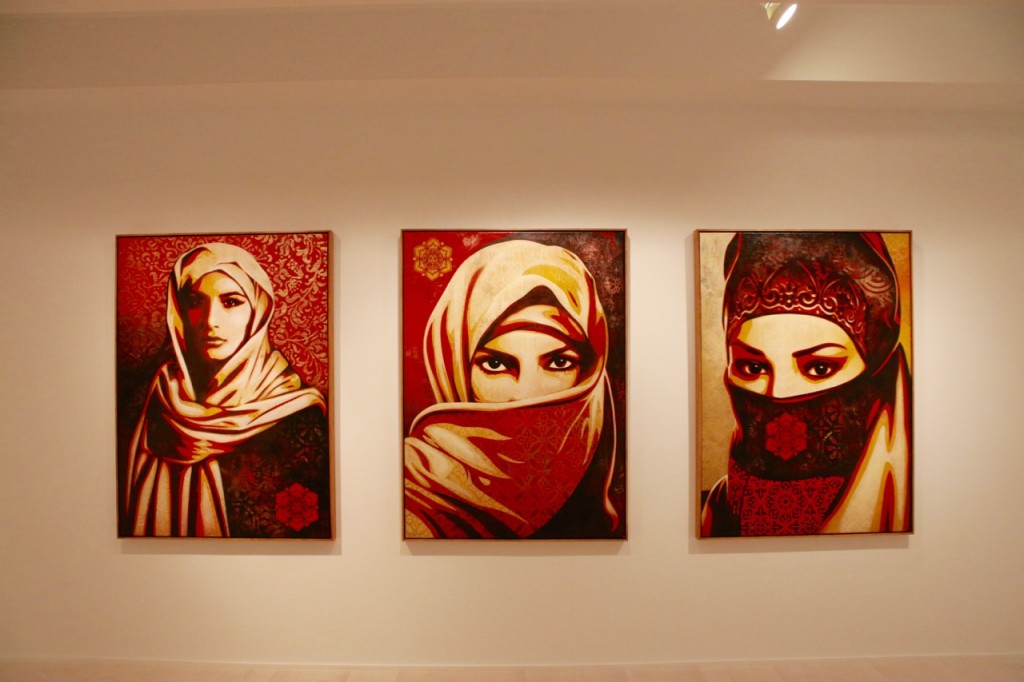 Some of the most powerful works in the show are the least assuming, for example the above three portraits.  Upon first glance it is nothing but portraits of anonymous women.  By my American sensibilities, these women are Muslim, but their ability to convey regality and piercing strength with not much more than their eyes hint at Fairey’s message of equal rights for women, even in Arab countries, that women should not be viewed as inferior and should be given equal treatment to men.  There’s also a veil of criticism of American sensibilities as well.  Notice how I immediately assumed these women are Muslim because they donned what looks like the hijab?

Another thing strikes me is how Fairey makes his art accessible for so many levels of collectors.  The canvas pieces are priced at around $48,000, well outside of the budget of 99.9% of America, but the works on paper, retired stencils, and stencils on found papers can range anywhere from $5,000 to $20,000, which makes his shows within budget for many collectors despite the blue chip status that Shepard Fairey has been enjoying for the past few years since the first Obama campaign.  In cooperation with the gallery, Pace Prints, which is just one floor below the Jacob Lewis Gallery, released sets of prints in the $2,000 range.  Also the artist releases art prints almost weekly on his website in the $45-60 range that could fit even a college student’s budget.

Although the show has come to an end, click through to find 30+ high-res photos from the show.